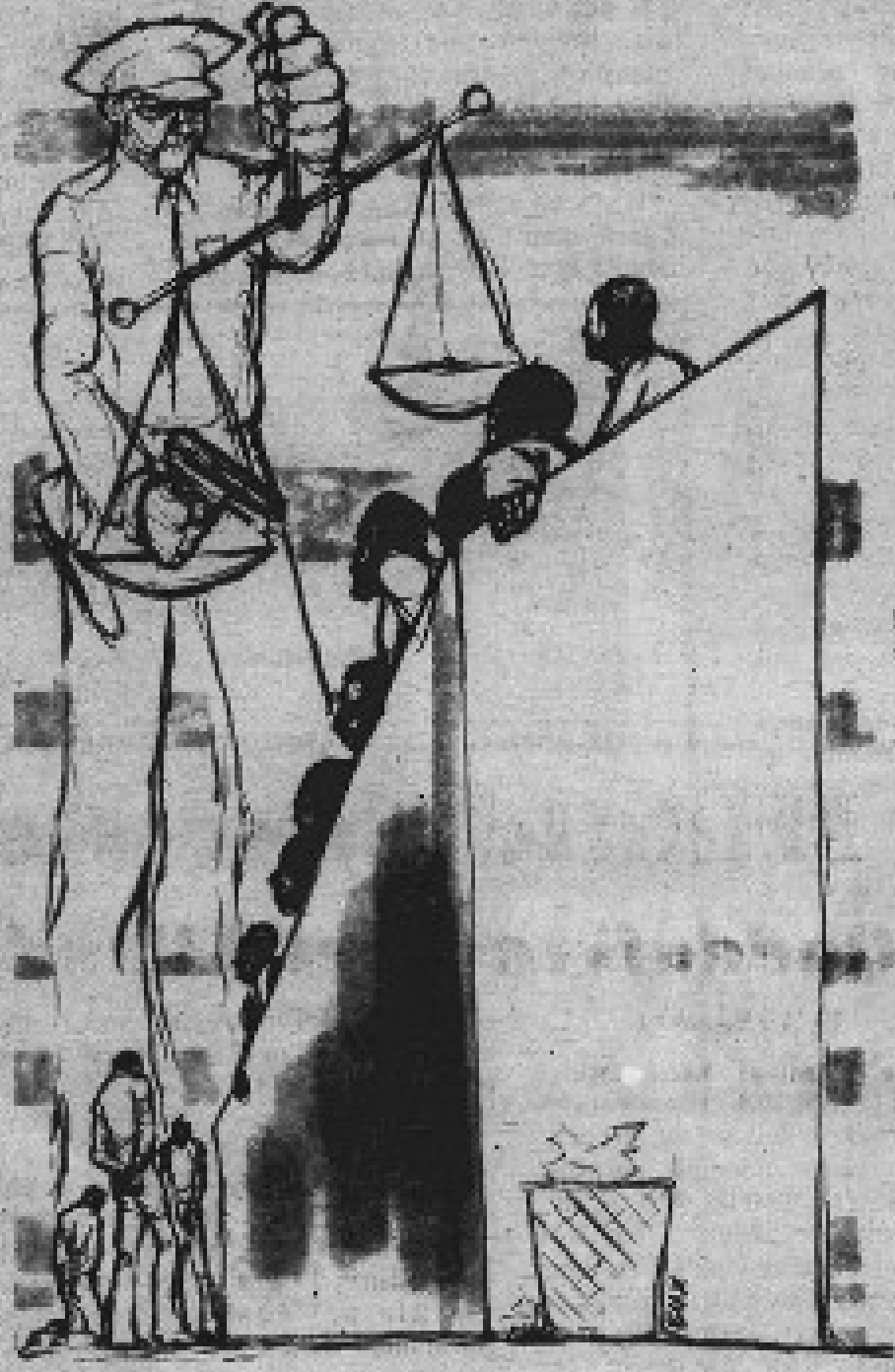 Charging they were harassed, intimidated, and forced to change their vote to “guilty,” the jurors have released affidavits through Senator Claude Molloy, Black President of the Virgin Islands Senate.

Admittedly, the jurors were deadlocked and they went to Judge Warren Young twice after nine days of deliberation and informed him that they were unable to reach a verdict, Muhammad Speaks was told, but the former Rockefeller corporate lawyer refused to accept the juror’s decision.

Jury foreman Myron Allick declared that he was “accused of holding out and costing the government” too much money. He was pressured and told that he would be charged with perjury if he did not vote a guilty ticket.

Hougetta Boulware, another Black juror, said that data leaked into the deliberation room detailed that her home was being watched by the FBI and that the federal government would revise charges against her brother (which had already been dismissed) if she didn’t change her vote to guilty.

Lionel Rodgers' affidavit stated that he was pressured by Judge Warren Young who had already refused two previous verdicts reached by the jurors; he said that many jurors felt that Judge Young had a “premeditated verdict” in mind for the jurors.

The five Black men have steadfastly stuck by their original claim of innocence, stating that they were treated like animals and forced to sign confessions to murder.

When the jury, under threat of prosecution, came in with a “guilty” verdict at 7:30 a.m. on Monday, August 13, the men were sentenced immediately.

Following the sentencing, the Black youths protested against the haste used and “they were unmercifully beaten with black jacks by U.S. Marshals rigth in the courtroom,” according to Mrs. Ruth LaBeet who traveled to the United States and told Muhammad Speaks of the atrocities committed against the young Blacks, because the U.S. news media had ignored entirely the treachery perpetrated by Virgin Island officials.

While the beatings were administered to the youths, “all during this time, the five brothers were chained from the waist to their handcuffs,” Mrs. LaBeet said.

“The brothers were rushed immediately to postal vans then to an airplane and whisked off for the state prison on the island of Puerto Rico.”

“They were not given time to consult with their lawyers or bid their families farewell. No time was given for them to pick up their articles of personal hygiene,” she said.

“Their attorneys and families were not told where they were being taken,” Mrs. LaBeet added - they had to find this out from the news media.

Because of the many atrocotoes committed against Blacks in the Virgin Islands, Mrs. LaBeet stated that in order to “solve” the Fountain Valley case, the Black youths were “targeted by local police and the FBI. Electric prods were applied to their genital organs, water treatment was administered, stomping on their chest, plastic bags were applied over their faces in order to obtain “confessions.”

Mrs. LaBeet reported that an “Assistant Attorney General, a local policeman, and even the D.A. (Joel Sachs) all gave testimony to the brutalities against the brothers.”

As a key factor to judge Young’s disgraceful behavior, Mrs. LaBeet pointed out: “Young worked for the Rockefeller empire as a corporate lawyer for 25 years.”

“In the meantime, St. Croix has become a police state,” Mrs. LaBeet stated. More than 200 U.S. marshals have been flown to the island at the request of the governor in order to appease the whites.

In addition, white citizens are well armed, Mrs. LaBeet said. “You can see them walking with their guns on their sides and rifles slung over their shoulders all over the islands,” she said.

“Already, they are smashing in doors of the natives demanding I.D. from drivers, just like fascist Germany.”